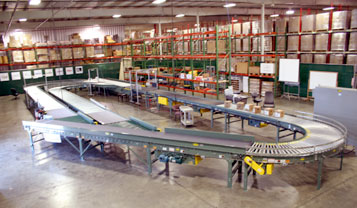 A quick note: Cisco-Eagle is a sponsor of the University of Arkansas RFID Research center. We’ve been involved with the center since its 2005 inception. I’ve visited the center a number of times, and have seen the innovative work that’s being done.

The center continues to excel with this study on the effect of RFID technology on inventory accuracy.

The study confirms that RFID can have a significant positive effect on retail inventory accuracy. For players like Wal-Mart, this means millions of dollars in savings. A preliminary analysis demonstrated that an automated, RFID-enabled inventory system improved accuracy by about 13% in test stores compared to control stores.

“Inventory accuracy is one of the keys to an efficient and effective supply chain,” said Bill Hardgrave, director of the research center and principal investigator. “Yet, inventory accuracy, which determines important processes such as ordering and replenishment, is often poor, with inaccuracy rates sometimes as high as 65 percent. Our results suggest that RFID technology makes a difference. The 13-percent improvement found in this study can significantly reduce unnecessary inventory, and the value of this reduction for a company like Wal-Mart, with all of its suppliers, can be measured in millions of dollars.”

Focusing only on understated inaccuracies, the Arkansas study involved 16 Wal-Mart stores (eight test stores and a matching set of eight control stores). Test stores were selected from the existing set of approximately 1,000 RFID-enabled Wal-Mart stores. Control stores were then chosen based on a set of criteria used to determine a comparable profile, including demographics, size of stores measured by square feet, annual sales and the absence of known impacts such as annual inventories, remodeling or resets, market trials and other known disruptions.