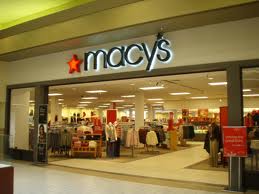 As part of its overall e-commerce plans, Macy's Stores elected to decentralize much of its distribution and focus online distribution at smaller facilities, each located in the back of the retailers' stores. Since the retailer has the advantage of 800 stores - "warehouses" they might be called, according to one company officer - it already had access to major American markets without new construction.

The company's plan was to create micro-distribution in nearly 300 of these facilities, bringing its online inventory closer to its customer base. This also allowed Macy's to shift certain inventory online without physically moving it. In some ways, this helped Macy's integrate store inventories - including out-of-stock items with its website without the burdens of shipping, receiving, consolidating, replenishing, and then, finally, re-shipping the product to online customers. The stock could sit where it was, in the stores, until needed. 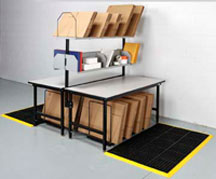 Challenging the concept of "massive" distribution

For brick and mortar retailers, the challenge has been to compete on the same ground as online-only competitors and their automated distribution centers.

As part of this process, Macy's asked Cisco-Eagle to provide efficient packing stations for each of its operations. These workbenches help the company ship to locations across the nation by allowing ample desktop space, carton storage, and a place for all needed supplies. Since the fulfillment centers occupy the backs of stores, utilizing every inch of space properly is critical, and with a relatively small footprint, the packing stations provide functionality while preserving space.