U.S. Congressman Kevin Hern of Oklahoma’s First District visited Cisco-Eagle’s Tulsa offices on 4/5/2021 to discuss the impact of distribution, manufacturing companies that keep the supply chain moving. Congressman Hern discussed employee ownership and its positive impact on the economy during this visit.

END_OF_DOCUMENT_TOKEN_TO_BE_REPLACED

What’s Next for Manufacturing Technology?

A record number of manufacturing and supply chain professionals gathered in Chicago at the end of March for ProMat 2015, the largest material handling and logistics trade expo in North America. According to an MHI press release, registration topped 37,000—an 8.8% increase in attendance over the 2013 show.

“ProMat 2015 was the largest in the event’s 30-year history,” said MHI CEO George Prest. “The energy level among visitors and exhibitors was at an all-time high.” So what were attendees buzzing about during the show? Manufacturing technology was one topic discussed at length during the four-day event.

END_OF_DOCUMENT_TOKEN_TO_BE_REPLACED

It’s an exciting year in the world of manufacturing. With the Internet of Things (IoT) becoming increasingly pervasive and innovations and new technologies paving the way for more efficient, productive, and intelligent industrial operations, manufacturers have the opportunity to continue with the forward momentum the industry experienced in 2014.

END_OF_DOCUMENT_TOKEN_TO_BE_REPLACED 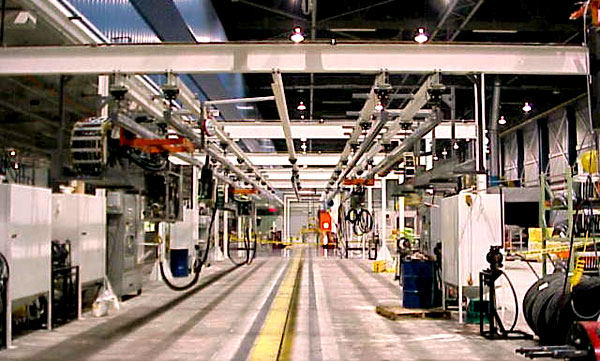 We recently came across a great discussion in the LinkedIn Manufacturing Leadership Community asking for feedback on important manufacturing issues affecting manufacturers and the economy in 2014. Excellent points were raised on technological innovation, skilled worker shortages, and broader human resources and training issues.