Each-picks from the floor level cause ergonomic, safety and productivity snags 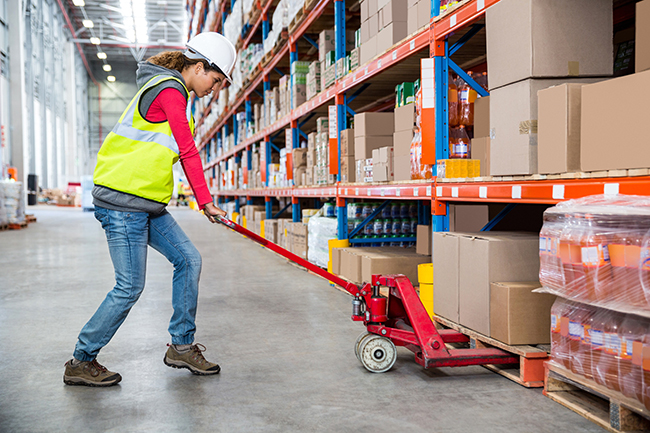 In many warehouses, the floor level of a rack aisle is used for pallet storage. Those slots are frequently designated for manual each or carton picks. These loads can be most anything, up to heavy dies, compressors, parts or bulk item containers.

This is good space utilization, but is usually terrible for ergonomics. People must bend beneath the beam, which puts them in an awkward position even before they attempt ta pick. Add the extra weight of a heavy item, and you have the recurring potential for injuries.

“A back injury waiting to happen”

I recently met a customer who wanted a solution for this. His current process was for employees who were picking heavy items beneath a rack beam was:

The issues were apparent

This took more time than one person walking the aisle, finding the part, and pulling it. Young, strong workers have always been resistant to ergonomics measures, when they are fully capable of bending beneath the beam and making a pick on their own.

But that’s a huge ergonomic red flag.  Picking those weights while bent over magnifies the stress. Back injuries–major or minor–can result, and it doesn’t matter how young or strong the person might be.

Also, to improve the ergonomics, the lowest beam level was moved up, meaning more dead air space beneath it so people can pick beneath without as much stress. This impacted the rack’s high bay bulk storage capacity, and can also reduce its capacity.

Pallet jacks: For slow movers, using a pallet jack to move pallets in/out may be a viable method. But as we discussed earlier, workers are likely to ignore it because it slows them down on a busy day. For any type of frequent pallet movement, jacks aren’t viable due to the issue of moving them constantly to pick from the pallet. 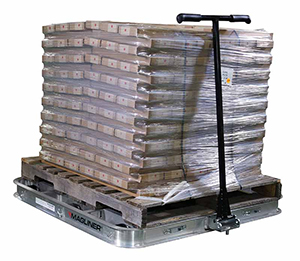 Pallet dollies were considered, as they allow every pallet position to be mobile. Using a dolly, one person can move an entire pallet with relative ease. But this particular operation didn’t need that type of transportation for these pallets. Also, since the pallet dollies lack brakes, they could bang into each other in double deep rows if carelessly used. These dollies are useful for many applications, particularly when a container of items is being picked, or when manual pallet movement is desired, but not this time.

Pull out shelves were recommended in this case, as they check all the boxes.

The ideal solution will almost always depend on variables, ranging from the number of picks to the types of loads. For more information, contact us today.