How Well do Your Forklift Drivers See?

Visibility is impeded by loads, guards and other obstructions that can cause accidents 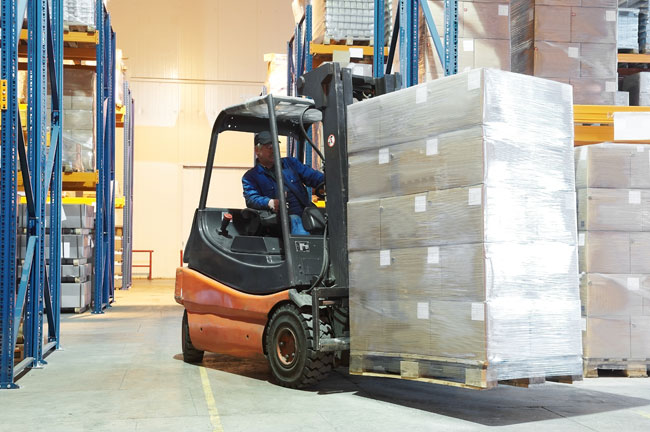 When forklifts transport large loads across a busy warehouse full of people, visibility is perhaps the most critical safety concern. 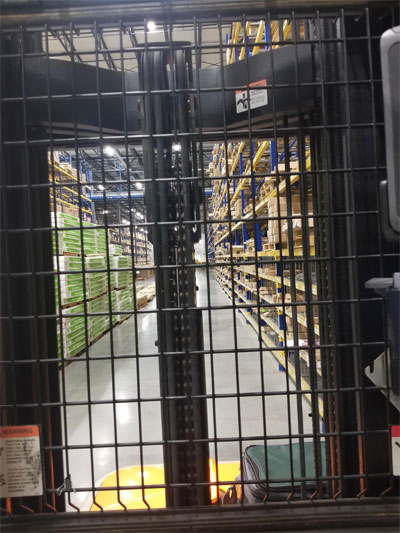 According to OSHA [29 CFR 1910.178(n)(6)], drivers must “look in the direction of, and keep a clear view of, the path of travel.” Common sense, sure, but don’t leave your people’s safety to common sense – make sure your safety manuals and procedures emphasize the importance of driver vigilance. You must also, by process, clear obstructions, provide tools/technology, training and other assistance to help drivers see their path clearly.

Obstructed by loads, guards or cages

Driving backward is common when a load obstructs the driver’s view. Most facilities and drivers do this, but it’s hard on the drivers to look backward for long runs through a warehouse. Consider a pallet that must be delivered deep into a large distribution center from the receiving area. This could be a 10- minute drive that requires the driver to crane their neck to navigate. Driving backward frequently or for longer periods of time puts excessive strain on the driver’s necks and spine.

Some solutions for this issue include:

There are loads that obstruct driver visibility less than others, like partial loads or non-solid ones. It may be overall safer to drive forward with some of these loads, but drivers should follow your company guidelines established in advance by your safety team.

Read more: A Step-by-Step Safety Process for Forklifts and Pedestrians

All forklifts should be fitted with devices such as forklift warning lights that precede the forklift as it moves. These devices don’t let drivers see any better but do help alert people on the floor that a lift is in the area.

Obstructed by facility design and clutter

Driver visibility is often impaired by the way facilities are laid out and the natural machinery and racks prevalent in industrial operations. It’s critical to always separate people and traffic as much as possible, but when you cannot, it’s often in crowded, low-visibility areas where workers on the ground can’t easily see forklifts and forklift drivers can’t see them.

Read more: Seeing Around Corners in Your Warehouse

Issues include seeing people around corners, emerging from rack aisles, or backing out of trailers near loading docks. While there are sensors and warning devices to help cope with all of these situations, the most critical thing is to avoid them as much as possible by segmenting foot and vehicle traffic as much as possible. Usually, this means designated lanes for each type of traffic. Safety processes, sensors, gates and other methods should focus on the areas where separation just isn’t possible.

Drivers should never be on their phones or other mobile devices that could distract them, nor should they eat or engage in any activity that might distract them while driving. Pedestrians on the floor should also be alert and should not walk while looking at a device that impedes their visibility.

Drivers are asked to work hard, work fast and work safely — often in that order. One of the most critical things you can do is to stress safety, even if that means working a bit slower. If you have questions, comments or concerns let us know.