Ways to evaluate processes and return-on-investment 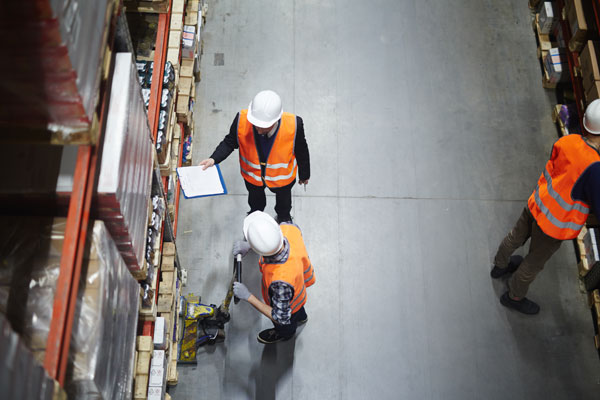 In the last two decades, smart companies have identified the warehouse operation as a profit center, not a cost center. This is far from universal, but it inches toward that every day. No longer are warehouse managers considered box-hustlers – at least not in smart companies. Many are utilizing varying levels of automation. WMS is standard for larger operations and is making its way even to single-building, midsize and smaller ones.

Very few operations of any size rely completely on muscle, clipboards, carts, and spreadsheets these days; automation, at least in areas, has come into its own. But do you need to radically change your operation (and spend the capital that comes with that change) to boost warehouse productivity?

But you can’t always attain significant increases without capital expense. You may need to implement robotic palletizing, enhanced WMS, etc. “Productivity gains” mean little to CFO’s or other upper level managers, though. They’re interested in dollars – how many were spent, how many were saved, and how fast the investment returns its value to the operation.

Do you know your company’s definition for ROI? If you don’t know what it is, find out. It varies throughout companies and industries. A simple line item of my cost of $X saved $Y may not be good enough. In many firms (including Cisco-Eagle) the standard is to also compare that expenditure to what else could have been done with the money, including letting it drop to the bottom line. Prove your idea will pay off better than alternatives.

Can you show that a new conveyor system or picking system costing $600,000 will reduce labor costs enough to pay for itself within a reasonable time? Sometimes this is easier than others. If the system helps you reduce headcount by 10, and each person earned $30,000 per year, you get a rough idea of what you are faced with. But if the system simply allows you to keep up with growth, your justification scenario is easier.

Can you also prove that your new idea is going to pay off better than, say, letting that money drop or better than an IT overhaul or other alternatives?