Warehouse Robotics – How to Apply Them to Your Needs

While warehouse robotics can be thought of as too futuristic, there are many e-commerce fulfillment applications being installed today that are set up to take full advantage of all they have to offer a facility. Some may be leery of this technology, but it would be a mistake to say that robotics would never apply to your warehouse.

Today’s robotic applications are all based on existing applications and technology, not uncharted research, and each generation of technology gets cheaper. Here are some important considerations when looking at applying warehouse robotics today.

END_OF_DOCUMENT_TOKEN_TO_BE_REPLACED

The Future of Robotics: An Interview with FANUC America 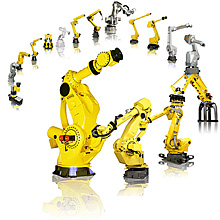 More and more companies are adding various forms of robotics to their operations as they seek to improve productivity, enhance worker safety, and keep labor costs down. We recently spoke with Wes Garrett, Packaging Account Manager at FANUC America about robotics in the material handling industry. He provided some great information regarding cost of ownership, indicators robotics may benefit an operation, and trends in new technologies.

END_OF_DOCUMENT_TOKEN_TO_BE_REPLACED

What are the Latest Industrial Automation & Robotics Trends? 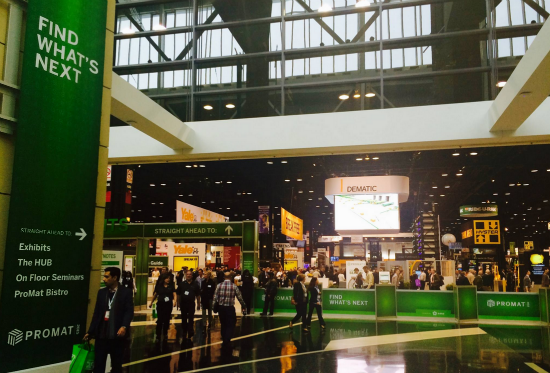 According to new research from the Boston Consulting Group (BCG), manufacturers will significantly accelerate their use of industrial robots over the next decade. BCG data shows approximately 1.2 advanced robots are expected to be deployed across the U.S. by the year 2025, resulting in 25% of all manufacturing functions becoming fully automated. A USA Today article on the research findings notes that, within two years, the number of advanced robots in the U.S. will begin to grow by 10% a year. “Replacing employees with robots is projected to result in a manufacturing workforce that’s 22% — or a few million workers — smaller by 2025 than it otherwise would have been,” says USA Today.

So what does all of this mean for manufacturing and distribution?

END_OF_DOCUMENT_TOKEN_TO_BE_REPLACED

Manufacturing Automation: What Is It? Where Is It Going?

Industrial engineers have envisioned fully automated factories since at least the middle of the 20th century. But the real race to automate manufacturing can be said to have begun in the 1980s, when US car manufacturers came up with the vision of “lights-out” manufacturing. The idea was to beat their rivals by automating the factories to such an extent that the entire manufacturing process could be left to robots. To a great extent, it has remained only a vision so far. END_OF_DOCUMENT_TOKEN_TO_BE_REPLACED

Are We Automating Jobs Away?

In the last 200 years 70% of jobs done by American workers have been replaced by automation – and during the next century we will see another automation revolution that replaces 70% of American jobs–again.

END_OF_DOCUMENT_TOKEN_TO_BE_REPLACED

The Wonder of Robotic Palletizing 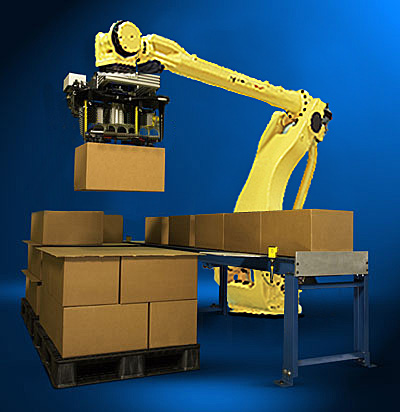 I recently attended an ESOP event at a specialty paints and stains company. During the tour of their plant, I got to see a robotic palletizing system in operation. I was impressed. Standing about 6 to 8 feet away from the action, I watched as it placed 5-gallon cans of paint in rows of 3 stacked 3 high. Each row was offset from the previous one, so that optimum pallet space was used. As the robot picked up cans off the conveyor belt using a vacuum end effector, it placed them precisely on the pallet. Then, it slightly dropped down and “bumped” them to make sure they seated onto the row below. That action made me chuckle as I considered what a profoundly human act that was – a little hip action to make sure the cans seated correctly.

END_OF_DOCUMENT_TOKEN_TO_BE_REPLACED

5 Common Flaws of Manufacturing Automation and How to Fix Them 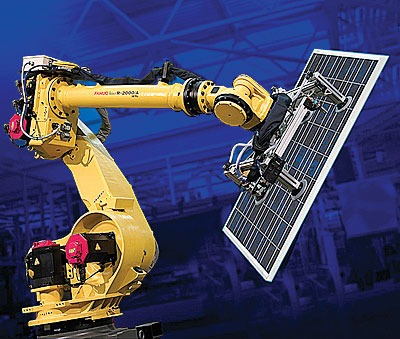 Manufacturing Automation has taken huge steps forward in recent years, helping companies become safer and more efficient. Technology such as robotics for picking, packing, or welding is constantly advancing, making systems better, and smarter, each year. Vision systems alone are undergoing a revolution in terms of effectiveness. This type of automation is also more affordable every year, while the cost of just about everything else – labor, energy, raw materials, and insurance – is rising.

END_OF_DOCUMENT_TOKEN_TO_BE_REPLACED

End-of-Line Robotic Palletizing: A Matter of When 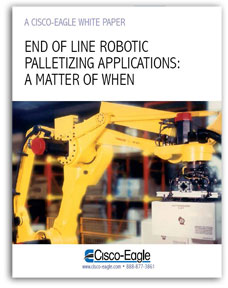 We’ve posted a new white paper in our growing library of free material handling, logistics, safety, and manufacturing information resources.  This paper focuses on the proliferation of end of line robotic palletizing, its growing benefits, methods, and more. If you are palletizing at the end of a production line, this is a must-read.

Robotics and End of the Line Packaging The end of a manufacturing or distribution line is where the rubber meets the road for many operations. It’s potentially the last place where you have direct control of your product before it ships to retailers or direct customers. It’s where you can add a lot of value…or spoil a lot of value. The end of the line in many ways is more important to your company’s image as all its public relations, its websites, its brochures. It is often where your reputation can be made.

END_OF_DOCUMENT_TOKEN_TO_BE_REPLACED

In this video, a Fanuc robot is executing mixed-load palletizing of beer cases at a distribution center.

In this operation, differently-sized beer cases are conveyed to the robot to fulfill a specific order. Since the cases vary by width, length, and height, their dimensional information is sent to the robot by the WMS (warehouse management system). The robot utilizes mixed-load palletizing software to determine the best pattern to build a pallet with the available products, achieving high density and stack stability with rapid speed.