Monthly Newsletter
Blog Home > Automation > Planning the Future of Your Warehousing Operation: Don’t be Left Behind

Planning the Future of Your Warehousing Operation: Don’t be Left Behind

In this era of rapid change, how can you advance your operation? 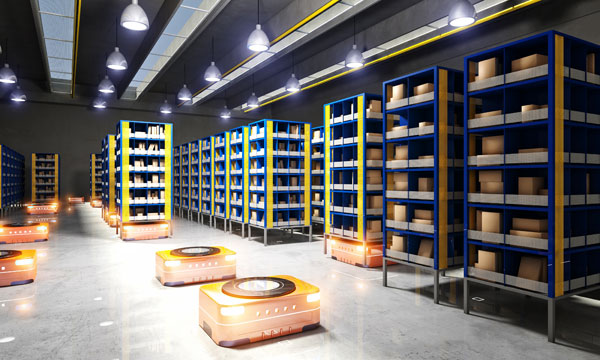 The landscape is constantly changing for warehousing, distribution and order fulfillment operations, but it’s rarely changed so quickly as the last half decade — and will likely change even more the next five years. The rapid growth of smart devices, database efficiency, and robotics guarantees that elite storage and order picking operations in 2025 will be different than those of today.

In fact, distribution centers and warehouse operations that want to thrive must change, adapt and think differently.

Future warehouses won’t be The Jetsons with dock doors, but change is coming

Think about the way you communicate. Smart phones and devices have completely saturated us with data, and the world is markedly different in 2017 than it was — even in 2007. That ability to access information hasn’t truly permeated the warehouse or plant floor, but it’s more common every year. Companies who don’t want to be left behind are adapting to this reality and embracing its potential.

Data will be collected, distributed and applied differently, more seamlessly, and better. There will be hardware and personnel changes as well, as operations work to reduce their reliance on labor, increase their competitiveness, reduce costs and increase efficiency. You are still likely to look at a distribution center in 2027 and (mostly) see the same hardware you saw in 2017 — lots of storage shelving, racks, conveyors, and people picking orders, etc. What will change is the quantities of all these things, and the ways they are directed and fed information. There will be more, better, and more affordable robotics to assist with these tasks.

Warehouses and storage facilities must help differentiate your company from its competitors.

If you treat the warehouse like a cost sink, it will function that way. This means investment in time, capital, and energy. I’ve been around companies that considered warehousing a cost center — something that has to be done, not something adds value. You can sense it in employee attitudes and see it in their performance.

As we have mentioned before, it’s imperative for facility operations managers to create value. But that’s not enough: you must also demonstrate that value, and to do that you must have vision for changes that can improve your operations. See: “How to Demonstrate the Value of Warehousing Operations” and “Warehousing KPI’s” for more information.

Information at the fingertips of order pickers, warehouse managers, smart equipment and others is critical 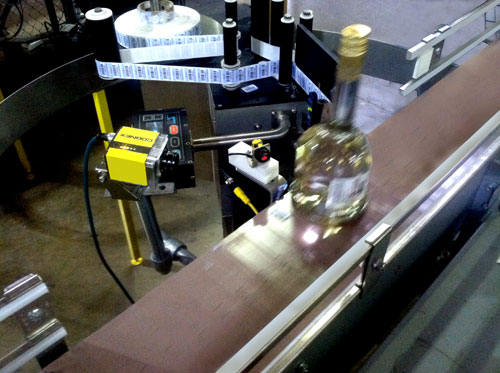 There are many technology flavors, such as barcode scanners, light-directed picking, RFID readers, wearable computers, labeling systems, and other concepts that bring technology and information to the point where an item is picked, packed, labeled, shipped, etc. in many of today’s warehouses. In some cases, this is automated: Liquor distributor Goody Goody automatically applies the tax stamps with ID barcodes and reads the barcode for verification and tracking, all without human intervention. In others, information is delivered to people who must take action or make decisions.

The best of these systems tie to WMS or WCS systems integrated with back office systems to help provide companies with fast, transparent information. Better decisions are made this way.

Over the next decade, expect changes that bring more information to the floor in ways that don’t require as much hardware. Inexpensive voice activated technologies such as Amazon’s Alexa or Google Assistant will be adapted so that a warehouse worker can find information just by asking a question. For example, imagine asking questions about staging area availability or stock locations while driving a forklift, or picking orders on a conveyor line. A voice assistant similar to these consumer technologies might answer these questions

Wearable technology such as augmented reality glasses that free the order pickers’ hands from RFID guns or other technologies will point to storage locations. While still mostly in development, the easy functionality and simplicity of these types of devices points to widespread future use.

Another method is to deliver information to smartphones more systematically, allowing managers to find what they need with a device they always carry. Some companies have already created homebrew apps; others use existing technology, while a generation of programs are being developed for every niche. For instance, SOSPES has created an app that allows users to record and report on injuries, near-misses, and safety issues. It automates record keeping and reporting for an entire enterprise. Other apps for inventory management, maintenance, and similar uses are likely in play moving forward.

One recent study conducted by Ricoh and DHL demonstrated that wearables with “augmented reality” (where information is laid over lenses in goggles) increased order picking by 25%. Since workers are provided information that doesn’t require an RFID gun, tablet (or even a clipboard) in their hands, they can focus more on picking quicker and more accurately.

Industrial facilities will take advantage of the internet of things

If you don’t see enough advantages in having a smart refrigerator that tells you that you’re out of milk, you’re probably right. But for warehouses, smart machinery is already present. Everything from camera systems to automation equipment is already wired for wireless communications and integration into WMS or WCS. Conveyors, carousels, even storage racks could eventually link to each other, your computer systems, and various personal devices in an advanced warehouse.

Robotics (and not just “the big yellow arm”), drones and other devices are here now, with more coming 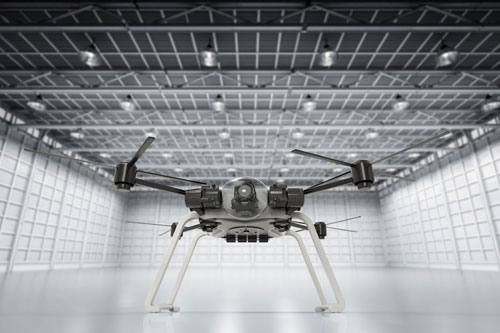 You’ve probably read about companies that are working with drones. Wal-Mart, which is testing drones for inventory management, and Amazon are among the fastest supply chain innovators in existence, and both are working toward finding applications for drones in the warehouse. These aren’t tech gurus playing with toys – they are serious players who want to reduce costs and increase performance.

Robotics are here today, will continue to thrive, and will perform even more functions in the near future. Standard palletizing or picking robots will certainly continue in their roles, as they have become very adapted to the modern industrial operation. They’re also more advanced than ever, with excellent vision systems and application design. Newer mobile robotics concepts will also become more affordable and will improve rapidly. A host of “task oriented” robots that can be used for a variety of functions only humans can execute today are coming as well. Some of our robotics clients have focused on safety, using robots to remove people from areas that are dangerous, where there are severe ergonomic issues, or other threats to health.

What can I do today?

Some of these technologies aren’t available today, at least outside experimental models. The key is to understand that there is the potential for less costly, more powerful automation, information systems, and technologies. While you can’t purchase a fleet of stock counting drones or ask a device mounted on a storage position what the SKU count is today, you can work to add smart automation, revise processes, and keep up to date on what’s possible.