Monthly Newsletter
Blog Home > Manufacturing > What Is the 5S Process: 11 Visualizations That Explain It Best

What Is the 5S Process: 11 Visualizations That Explain It Best

5S is a philosophy that hones in on effective workplace organization and standardized work procedures. The concept is based off 5 Japanese words that begin with “S”: seiri, seiton, seiso, seiketsu and shitsuke. When translated to English, there are five primary 5S phases: sorting, setting in order, systematic cleaning, standardizing and sustaining. Or in shortened terms: Sort, Straighten, Shine, Standardize and Sustain. When implemented correctly, 5S reduces waste and increases efficiency and overall work quality.

The 5S Philosophy is best captured in visualization, since its process can be complex, even if it is boiled down into five simple terms. Here are seven creative visualizations we found describing 5S, from organizations and vendors across the world wide web.

How to Implement 5S 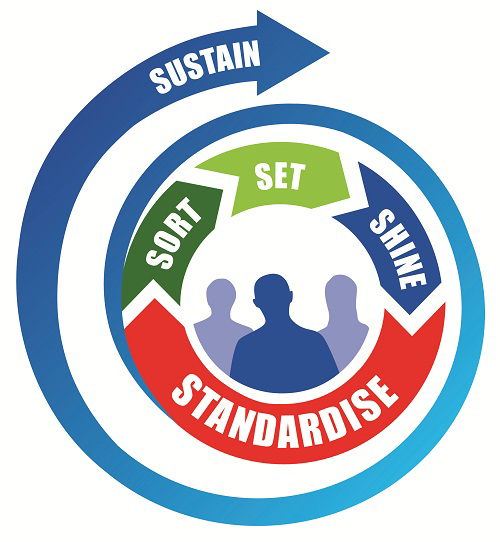 Remember that “sustain” keeps it all together.

5S in the Office 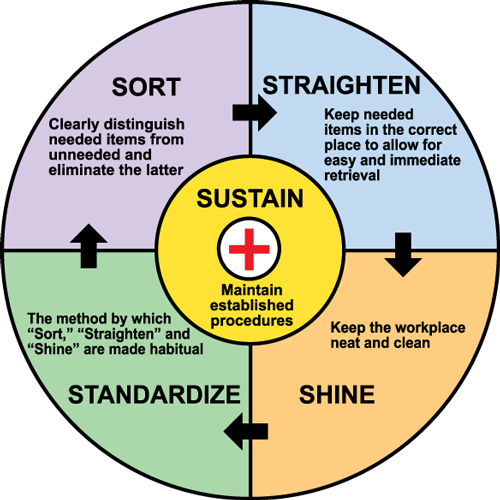 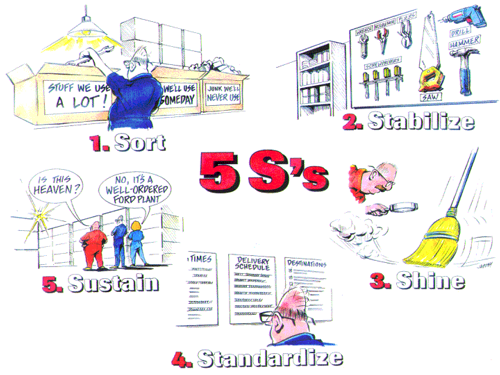 A Brief Overview of 5S 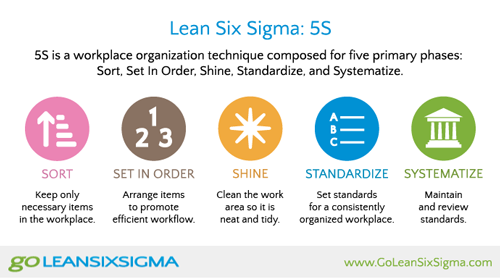 5S is a ways to improve workplace organization. It is a five-step process used to create a leaner and more efficient working environment. 5S can be done as a stand-alone effort or as part of a larger Lean initiative. 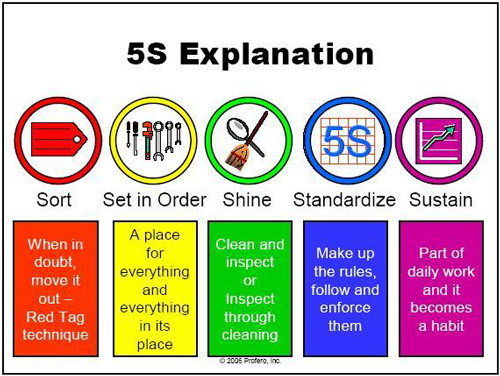 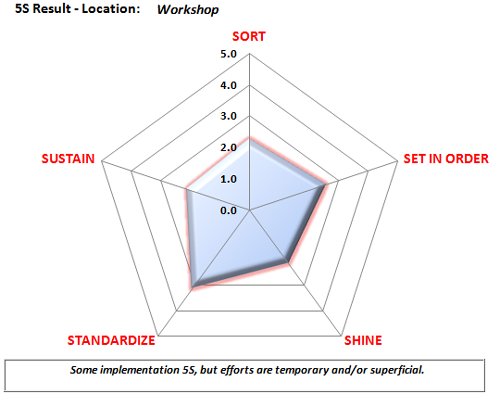 Did we miss your 5S graphic? If so, please add a comment below or send us a message on Twitter with your update.