5 Manufacturing Challenges (or are they Opportunities?) 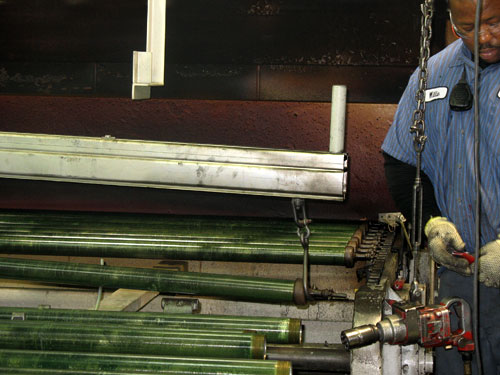 U.S. manufacturing is at a crossroads. After decades of decline, there are signs of a renaissance, with the chance to re-shore more and more manufacturing capacity every year. Some of this is driven by the natural gas energy boom, and the cost of shipping product in vs. making it in America. You also see more companies returning capacity due to the fact that offshoring didn’t always live up to its cost cutting premise. Whatever the reason, American manufacturing now faces the reality of growth, with the challenges and opportunities that brings.

As detailed in a recent Manufacturing Leadership Council report, American manufacturing faces a growing challenge when it comes to skilled tradespeople who can help the sector grow. Tradesmen and experienced foremen are entering retirement age. Who will replace them?

Over a quarter of American manufacturers can’t find the high-skill production and operations employees they need to grow (the highest percentage in the world). Since many of the most skilled workers are moving into retirement over the next decade, the problem is going to get worse before it improves. Since the least skill-intensive manufacturing has tended to offshore, the operations here in the United States skew towards needing skilled employees more than ever. There has been plenty of commentary, and even some talk of action at a Federal level, but if you’re operating today in this environment, what can you do right now?

from partnering with local vocational schools to embracing automation, there are practical ways for any manufacturing company to make headway right now.

2) Your machines are getting smarter. It’s time to listen to them

You’ll hear more and more about the “Internet of Things”, sometimes called the industrial internet as things move forward. According to the authors of a General Electric study, “The Industrial Internet starts with  embedding sensors and other advanced instrumentation in an array of machines from the simple to the highly complex.”  Many operations have these sensors in various production machinery, but haven’t harvested their information potential yet.

Whether you realize it or not, you may already have “nodes” in place. Manufacturers who want to thrive must improve data mining from their plant floor. It’s an opportunity to make faster, better decisions based on real-time information rather than assumptions. Devices and machines that can report information should be integrated into a common network. Combining intelligent machines, advanced analytics, and people can help drive efficiency much better than today’s stale data collection efforts.

The opportunity, according to General Electric, could be as high as $32 trillion worldwide.

It’s a given that U.S. manufacturers must continue to leverage automation to compete with less expensive overseas labor. The good news is that automation has become more economical and better than ever.

You know it’s serious when tech titans like Google acquire a dozen robotics companies over the last year. But it was serious before that, with Amazon acquiring Kiva Systems, and with the implementation of robotics and drone technologies moving ahead full steam in distribution, manufacturing, and military operations. Automation is either declining in cost or remaining static, while all other production factors, from labor to land to energy, have increased.

but, the impetus is not hardware. Hardware hasn’t changed dramatically in cost or function. Software, applications, and vision systems are becoming more effective and less costly. Your robotics, conveyors, and machinery can see better and think better than ever. For instance, ATC Genco is testing low-cost robotics at its Fort Worth operation.

This means that operations who could never consider automating in the past can do exactly that now. While certain areas of manufacturing, such as welding, have been entrenched for a while, functions that have rarely been automated previously, such as palletizing or picking, are gaining ground. While repetitive, simple tasks were the past for automated systems, increasingly difficult and complex automation will be possible. Lee Scott, the former CEO of Wal-Mart (who was responsible for building the most dynamic, most efficient, and arguably also most sustainable large-scale supply chain in the world) expounded on the company’s focus on green practices. It continues to work toward zero emissions, and not (just) because it wants good publicity. Wal-Mart wants the efficiencies these practices can help transmit to its operations. Energy savings alone can make a sustainability push more than worthwhile, but that’s really just the beginning. You find ways to cut steps, touches, and repetitive, non-value added “transactions” from your operation when you pursue sustainability.

Of course, the very real and lethal human suffering is the primary reason to ramp up safety programs, but there are more than enough business reasons to continue to improve safety and ergonomics in every plant.

Safety is a lot like sustainability in this regard. If implemented correctly, safety doesn’t have to work against productivity. The things you can do to increase plant safety can also help you identify inefficiency in the operation. A leaner production line is typically also safer because people are removed from more dangerous areas as often as possible. Automated systems that take over the worst, most dangerous, back-breaking parts of the process often can do it faster and more reliably than people. Take palletizing. Two people stacking pallets is backbreaking  work that frequently causes accidents. It’s the kind of non-ergonomic work that people shouldn’t be doing anyway. So a layer palletizer or palletizing robot, aside from not suffering injuries, can also improve throughput and reduce costs.

Other disruptive changes may be on our radar as well. 3D Printing and The impact of distributed manufacturing cannot be underestimated. These technologies can change everything as they improve, allowing mass customizations and localized “assembly” that reduces transportation and warehousing costs.