To operate better, people must understand the challenges on both sides of the wall 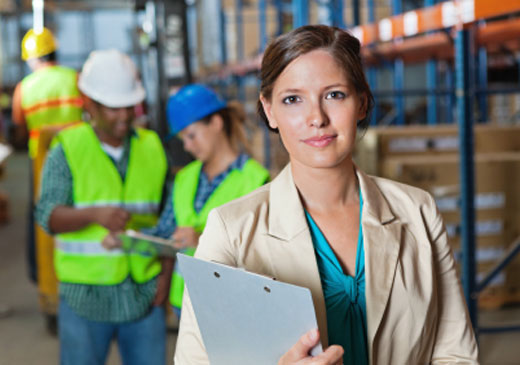 The warehouse. The office.

Sometimes it’s as if one doesn’t exist to the other. As one of our customers told us, “it’s like we have two companies here, and one doesn’t know what the other is up to.”

But when you’re trying to operate better, it’s impossible to separate the two functions. Decisions can be made in one area that can impact the other severely, so communication and cooperation are vital. Too bad it doesn’t always work that way. How can you improve it?

Some ways to bridge the “warehouse door” gap

When warehouse personnel and office personnel work together on a daily basis, a level of understanding is established. The warehouse management should be seen as part of a team, but it doesn’t have to be limited to management. Front line employees whose jobs are affected have valuable insight into issues management on both sides of the warehouse door may not understand without their input. If you’re having inventory accuracy issues, make sure both sides are represented on the team, and that both are treated as equals in terms of input.

If you’re an order fulfillment operation, the operations manager should be involved with customer service and sales meetings, end-of-period financial meetings, and other front-office functions. Decisions that impact the warehouse can be influenced positively this way. Ideas that impact one side or the other should be considered by both sides.

Get the players into the same room, whether it’s the operations manager, the warehouse manager, inventory manager, or customer service manager. Make sure the harshest critics on both sides of the fence are present. It’s critical that both sides see that the other is operating under certain constraints when it comes to issues. If orders are being filled incorrectly, it may be on the pickers – but could also be on the front office, or anywhere in-between. Make sure these issues are addressed together, not in silos.

Walk in the other guy’s shoes

Ever see the show “Undercover Boss?” Anytime an executive is put into warehousing or order picking role, he is shocked at the speed at which he’s expected to operate, the physical toll, and the difficulty of picking, packing, or shipping operations. These executives come away with a new appreciation for their warehouse employees. This lack of understanding isn’t limited only to senior management, and it’s important everyone involved understand the stress of the work. The reality of modern business is that the office staff sometimes doesn’t respect the warehouse staff. When office personnel unexpectedly schedule a truck into a tight window, and don’t know the havoc that can wreak in the receiving department, they need to understand what that can mean.

A day (or even an afternoon) picking orders or unloading trucks can be an eye-opener that helps a college-educated inventory or order-entry manager understand that decisions have an impact outside her computer screen; a sales or inventory transaction has many steps to make it work, and inefficiency that can be blamed on the warehouse staff can originate in the office. Conversely, warehouse personnel who understand the demands of order entry, inventory tracking, and dealing with customer service can get insight into their issues with warehouse operations.

Don’t allow decisions to be made on one side of the “wall” without the input of the other. It’s guaranteed to cause division and problems. Mandating this time together also helps people on both sides of the divide bond and get to know each other. They understand their roles and the demands of their respective positions.