How Automation & Material Handling Extends the Careers of Skilled Workers

Many skilled manufacturing workers are nearing retirement age, but you can add years to their careers 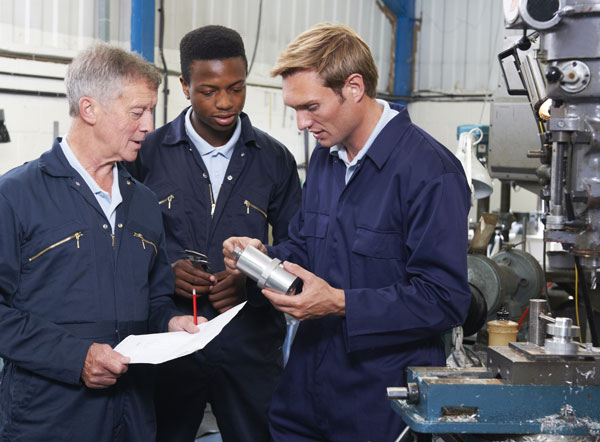 We published an article in the third quarter of the MHEDA Journal, Automation and Labor: Can’t They Get Along? The point of that article is that for American labor, robots aren’t currently reducing employment so much as changing it. Automated industries tend to be more profitable and less vulnerable to offshoring and other job-reducing factors.

Our friends at AutoQuip brought up another point—that automated systems and lifts can add valuable years to the working lives of high-skill, aging employees.

In the MHEDA article, we discussed the ways that at its best, automation replaces people in the worst kinds of jobs, where workers are put in dangerous, repetitive, or stressful positions. Think palletizing, where a robotic palletizer can relentlessly and efficiently stack heavy cartons or bags, but where people are put in a position that extracts a physical toll on the people doing the work. These jobs foster musculoskeletal issues like back strains and stress injuries. Think areas where there are exceptionally dirty environments or chemical exposure.

But we didn’t address those jobs where there is a physical component, but that the physical part of the job isn’t where true value is added. Autoquip’s Louis Coleman clued us in on the ways his company deployed automation and how it helped extend the working life of skilled, but aging workers. “An area you should cover has to do with the worker whose work life is extended due to automation,” Coleman said.

“I was just in a manufacturing customer location,” he continued. “We had installed automation in a specific area. The employees in that area were very hard to replace due to their experience and skill sets. But they were aging, as many are in manufacturing these days. The automation our customer installed allowed these key people to focus on the intellectual side of their job and not on what had been a physical requirement. Their work life was extended and the total output of the facility was increased.”

If your operation depends on the skills of aging, but nearly-irreplaceable workers who can’t handle the rough & tumble daily work of moving heavy loads, manipulating bulky components, or repetitive actions, consider an automated solution to help reduce those stresses. This gives you more time to train their replacements when they eventually retire, and it also lets you focus on the important things, not the physical side of an assembly or product picking task. Adding years to the time you have an extremely valuable employee is an ideal use for automation or ergonomic upgrades. In these circumstances, automation helps both the companies and workers who would like to continue on the job, but whose bodies can’t take the punishment of manual processes.

What could you change to help aging workers?

These types of high-value workers are proud and may not tell you when the physical aspect of their work is getting to them. They may fear for their positions, rather than understanding that their skills are vital and that the physical tasks are secondary. Monitor these workers and plan on finding ways to assist them as they age. Communication is critical at this phase. These highly valuable workers, whether they are maintenance technicians, machinists, assembly workers, welders, tool/die makers, electricians or other tradesmen have value far beyond the physical. As workers age and near retirement, let them know you understand that. 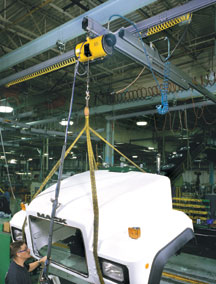 What types of automation?

We tend to think of automation as the high-volume equipment like carousels or robots, but that isn’t the end of the story. Things like lifts, air balancers, or cranes can be considered automation, and can help you reduce the physical capacity needed to perform certain jobs. Adding 5, 10 or more years to the working life of a highly-skilled worker is easy justification given replacement and interruption costs associated with losing these employees sooner than needed.

When you add palletizers, robots, larger scale conveyors, goods-to-picker technologies, and other automation, don’t forget to support those investments by creating a training program that helps you maintain and repair the equipment you have in place. Automation reduces labor costs, but it must be accompanied in tandem by higher skilled workers who understand how it works and can keep it running.

More on the “skills gap”