Staged Shipments at Risk for Pilferage

How to reduce pilferage in your warehouse 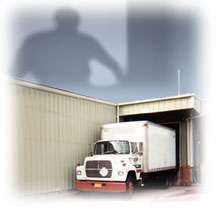 The everyday stuff that hits many shipping docks may not be as organized, or to such a scale, but any operation that stores, ships or receives valuable items is at risk of being hit – or is already being hit to some degree.  In the above case, an organized group of thieves working at a shipping dock would simply wait until after a supervisor finished checking outbound shipments and add more to them. Since the shipments sat on the docks for 90 minutes, it gave the pilferers plenty of time to work on this. They would place extra cases onto staged pallets and those would ship out on trucks driven by colluding drivers. The next day, the drivers would sell the extra product for cash and split the proceeds with their warehouse accomplices.

The security company had to perform undercover operations to expose the ring. But what could have been done by process to reduce the ability of thieves to create such an operation? Several things, according to security expert Barry Brandman, president of Danbee Investigations at the recent WERC Conference.

Tips for pilferage reduction at the staging area

From a warehouse design standpoint, there are also ways to discourage such issues: